Activity is expected to remain stable in 2019, remaining close to Australia’s long-term average of 3%. The decline in mining investment has bottomed out, while the construction of public infrastructure will continue to contribute to growth. This should help to offset the sharp slowdown in real estate investment and housing construction activity, with house prices now clearly falling in most cities. A decline in housing prices was brought about by tougher rules imposed by the Australian Prudential Regulation Authority, a slowdown in immigration, and weaker capital inflows from China. Risks are palpable in the financial sector, as 50% of bank credit is linked to residential property. The increase in domestic consumption is set to be more gradual than expected owing to stagnant wage growth. Household debt levels remain very high, which should further drag on consumption. For this reason, retail trade will continue to perform poorly (highest level of bankruptcies). The sector is also subject to other headwinds, including increased competition from online retailers. In order to mitigate the impact of headwinds to domestic consumption, the Reserve Bank of Australia (RBA) is likely to keep monetary policy accommodative throughout 2019, leading to a wider interest rate differential with the United States and the Australian dollar’s depreciation. This could lead to higher inflation, although the latter is expected to remain below RBA’s target (2-3%). A weaker Australian dollar would boost Australia’s terms of trade. Mineral exports (gas, coal and iron ore) will also benefit from completion of several LNG terminals, and fiscal stimulus in China, Australia’s largest export market. The moderation in domestic consumption and real estate investment will put pressure on imports, leading to a wider trade surplus.

The authorities are aiming for fiscal equilibrium for the whole Commonwealth, states, and local authorities by 2020/21. Equilibrium is also the aim for the structural balance, i.e. smoothed out for cyclical effects. They expect to achieve this while developing infrastructure, investing on education and training (especially for the indigenous communities) and encouraging SMEs to invest. This should enable the economy to transition from one focused on commodities to one that is diversified, with better labour market participation rates and productivity. Moreover, the government plans to invest USD 30 billion in defence over the next ten years. An increase in commodity prices helped to cushion the widening of the deficit and keep public debt levels moderate, with gross government debt reaching 40% of GDP in 2017.

The current account balance traditionally shows a moderate deficit, which, despite growing diversification, varies primarily in line with the price and demand for commodities, especially Chinese demand. While there was a narrow trade surplus in 2018, the trade in services reflected a deficit. Tourism income and registration fees paid by foreign university students, especially from Asia, do not match spending by Australian economic agents abroad. The income balance is more significant than the trade balance, and is in deficit largely due to dividend repatriation by mining companies and interest payments on external debt, mostly private (mining companies, banks, property sector) and denominated in Australian dollars. The net international investment position equated to -54% of GDP in 2017 according to figures by the IMF, but most liabilities are denominated in Australian dollars.

2018 was a politically volatile year. Former Prime Minister Malcolm Turnbull was defeated during a second leadership spill on August 24, paving the way for Scott Morrison to become leader of the Liberal Party and new Prime Minister. Some factors point toward a continuation of political instability going forward. In particular, Prime Minister Morrison’s stance towards a series of issues surrounding immigration and offshore detention facilities in the Island of Nauru are bound to drive the existing divide within the Liberal Party even wider. If the Wentworth by-election is reflective of broader trends, it is possible that the Liberal Party might lose seats during the next Australian federal elections in 2019, leading to a minority government and further political fragility.

Externally, Australia's policy is to align itself economically more closely with the Asia-Pacific region (especially China) and Europe, with which it has signed trade agreements while maintaining preferential relations with the United States. The authorities are paying greater attention to Chinese investments in the country, given the sectors concerned, as well as to immigration, which is not considered to sufficiently benefit the economy.

Parties are encouraged to negotiate and take “genuine steps” to settle commercial disputes prior to commencing certain proceedings in the Federal Court and Federal Circuit Court. Examples of such steps include settlement negotiations and informal settlement conferences with the other party.

If the amicable phase fails, proceedings will commence. The New South Wales (NSW) Supreme Court has a special list for commercial disputes, where it will proactively manage them to ensure an efficient resolution. Similar lists also operate for commercial disputes in the Supreme Courts of Victoria (Vic), Western Australia (WA) and Queensland (Qld).

If a corporate debt is overdue, uncontested, and over AUD 2,000, the creditor may issue a creditor’s statutory demand for payment of debt demanding payment within 21 days. Unless payment or an application to set it aside is made to the Court in this time, the company is presumed insolvent. The creditor may lodge a petition for winding-up of the debtor’s company. The presumption of insolvency lasts for three months following service of the statutory demand. For individuals, the process is similar, but proceedings are required to be commenced in the Fed Circuit Court or Fed Court.

In NSW, in debt recovery proceedings, a statement of claim must be personally served on the debtor, who must then pay the debt, or file and serve a defence on the creditor within 28 days (NSW), failing which default judgment may be entered against the debtor. There are different time frames for different states. If the debtor does not pay the debt and files a defence, orders will be made by the court to prepare the matter for hearing including discovery and the preparation and exchange of evidence that will be relied upon at the hearing.

During this phase, the parties may request and exchange particulars of the claim or defence made by the other party in the form of documents referred to in the claim or defence (e.g. copies of the relevant unpaid invoices and statements of account). If discovery is ordered, the parties will be required to exchange all documents that are relevant to their case. Otherwise, all documents which the parties wish to rely upon at the hearing must be included in their evidence. Before handing down judgment, the court will hold an adversarial hearing in which the witnesses of each party may be cross-examined by the other parties’ lawyers. Typically, straightforward claims may be completed within two to four months but disputed claims may last more than a year.

If a party is not satisfied with the judgment awarded by the court, it may appeal the decision. Appeals lodged against Supreme Court decisions are heard by the Court of Appeal in that state/territory. Any further appeal thereafter is heard by the High Court of Australia. The party seeking to appeal must seek leave and persuade the Court in a preliminary hearing that there is a special basis for the appeal, as the High Court will only re-examine cases of clear legal merit.

Local Courts or Magistrates Courts (depending on the state/territory) hear minor disputes involving amounts up to a maximum of AUD 100,000 (NSW, Vic, South Australia (SA), Northern Territory (NT), WA, and Tasmania (Tas)), AUD 150,000 (Qld) or AUD 250,000 (Australian Capital Territory (ACT)). Beyond these thresholds, disputes involving claims up to AUD 750,000 in NSW, WA, SA or Qld are heard either by the County Court or District Court. There is no County Court or District Court in Tas, NT or ACT.Claims greater than AUD 750,000 in NSW, Qld, SA, and WA are heard by the Supreme Court of each State. The Victorian County Court and Supreme Court have an unlimited jurisdiction. In the other states and territories, the Supreme Court hears claims greater than: AUD 100,000 in the NT; AUD 250,000 in AC; and AUD 50,000 in Tas.

Enforcement of a legal decision

A judgment is enforceable as soon as it is entered by the court. The plaintiff has up to fifteen years following the entry of judgment to pursue enforcement of an Australian judgment through Examination Notices, Garnishee Orders or Writs of Execution. Examination Notices force the debtor to provide information on its financial situation and assets, helping to establish a recovery strategy. The Garnishee allows the creditor to recover its debt (with interest and costs) directly from the debtor’s bank account or salary as well as from the debtor’s debtors,. Finally, the Writ orders a sheriff to seize and sell the debtor’s property in payment of the debt (together with interest and costs) owing to the creditor. As for foreign awards, enforcement in Australia is governed by statutory regimes (Pt 6 of the Service and Execution of Process Act 1992 (Cth) for judgments given in Australia and Foreign Judgments Act 1992 (Cth) for judgments given outside Australia) and common law principles. Recognition depends on whether a reciprocal recognition and enforcement agreement exists between Australia and the issuing country.

Liquidation: creditors or a court may wind up a company, and appoint a liquidator who collects, protects, and realises the company’s assets into cash, keep the creditors informed about the company’s affairs and distribute any proceeds of sale of company assets. Upon completion of the liquidation, the company is then deregistered. 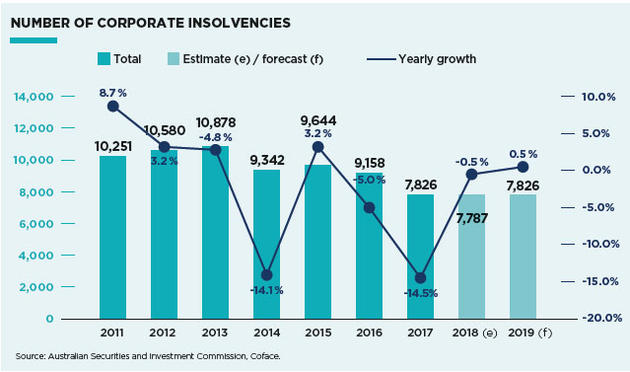